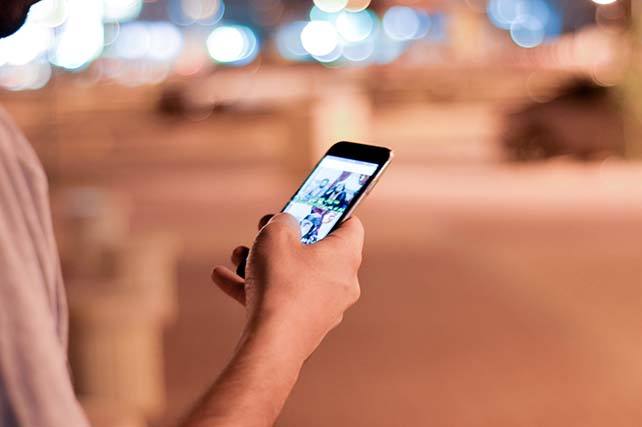 Those pesky social media platforms are at it again! This time, some changes made to our favorite places on the internet could have serious implications for social media marketers. We did our best to break down what social will look like in the future—at least until next month when new updates are announced.

Stop me if you’ve heard this before: Facebook may have some privacy issues. A lot of the changes we’ve been seeing continue to revolve around this. 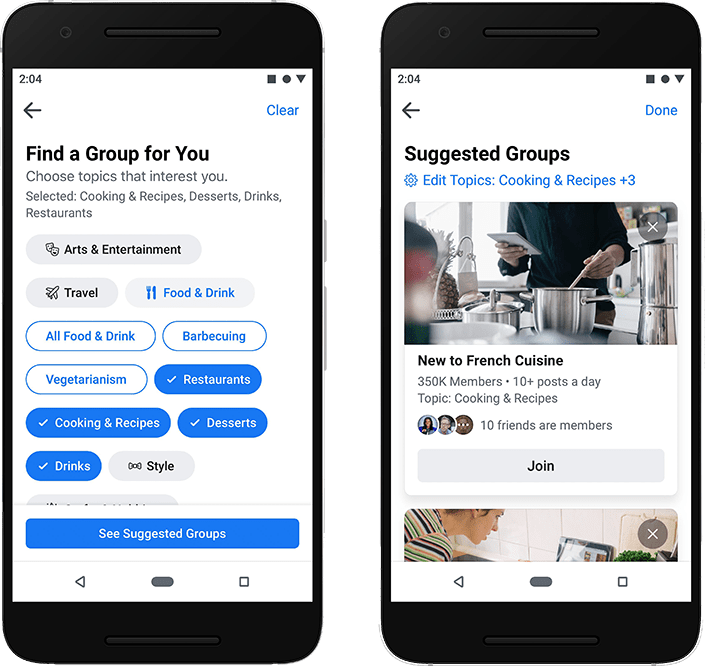 First, let’s talk about The Social Network’s planned adjustments to increase user safety. It seems that privacy settings for all of Facebook’s apps (Whatsapp, Messenger, and Instagram) are getting overhauled—but not in the way you might think. Zuckerburg & Co. have noticed digital’s evolution from a space where everyone wants to reach as many people as possible, to one where the most intimate and authentic interactions occur in smaller community environments online. As a result, they made some improvements to spaces where these private conversations are already happening.

You’ve likely already seen some changes to your app as a result of this shift—groups have become more prominent, and a focus on communities will change the way content populates on your feed. Plus, the interface has taken on a sleeker, more streamlined look.

The next significant Facebook change is important to note for anyone who runs a page.

For a while now, content creators have operated under the assumption that shorter-form, easily-digestiblevideos perform better than longer ones. But a quick visit to your Videos tab will show you that going forward, this preference from Facebook has flipped completely, as the platform now asks for videos 3+ minutes long. 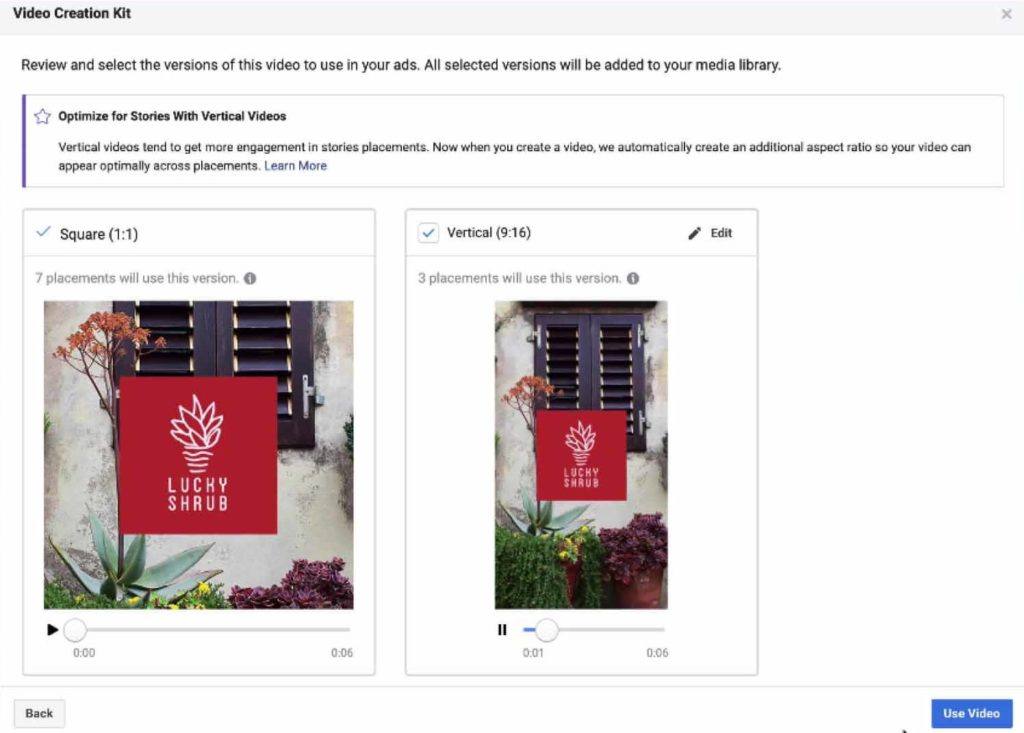 We run a good number of video ads for clients and are hoping this tool will save us from having to flip back and forth in our video editing software. It’s obviously in Facebook’s best interests to keep users (including advertisers) on the platform as long as possible, so updated video editing capabilities is a long time coming. 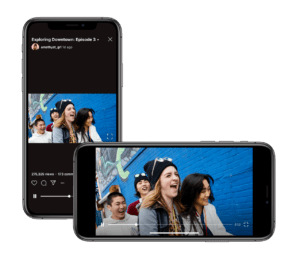 Changes to the way users consume longer-form videos have shifted to Instagram, too. The platform has been trying to find ways to make IGTV more prominent and usable not just to get people to watch, but to open up the doors for videos over one minute. Slowly, IGTV came to our feeds, and now you can (finally) view videos here in landscape orientation without having to pull out any fancy editing tricks.

You should also stay on the lookout for some new Stories features, including an updated in-app camera, a donation sticker, product tags, and custom AR filters.

The meteoric rise of Influencer Marketing has exposed some growing pains, like the limitations paying brands face when trying to use sponsored content on their own channels. Instagram’s fix is relatively simple, but one that brands will love to put into action: as long as an official partnership exists, advertisers can now create ads using organic posts from influencers. For now, these are being tested with select brands in feed placements but will soon be available to everyone in both feed and Story placements. We’re excited to see how this affects the evolution of influencer marketing in the coming months! 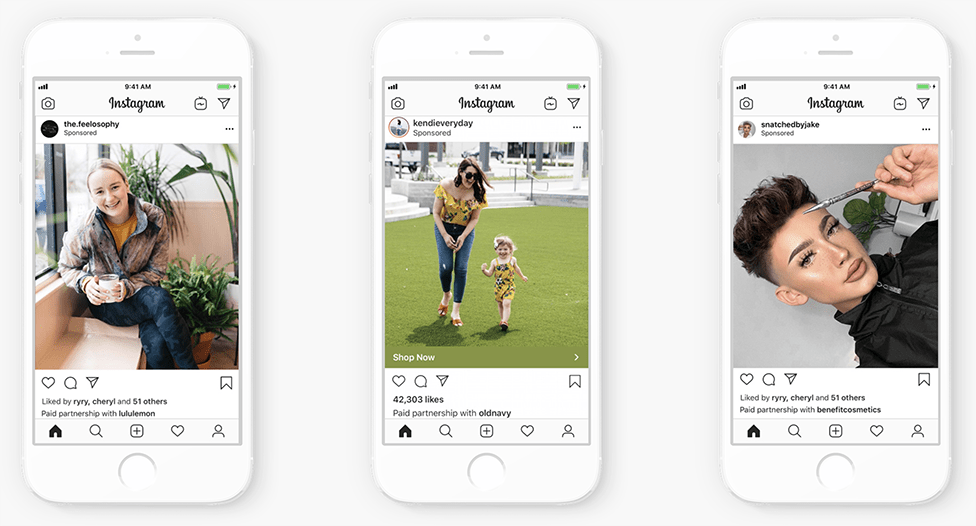 A Goodbye to Likes?

And most controversial of all: the platform is starting to test out the removal of the “Like” feature. The social giant started covertly testing this earlier in the year, but now it’s been confirmed that it’s actually happening. This hints that the platform wants to let the actual content shine—not the number of likes a post receives. TBD on what this can mean for marketers, algorithms, and everything else.

The network for professionals, by professionals has tested new ways to solicit more engagement from users. So, finally following in Facebook’s footsteps, they’ve added different reaction options. They’re definitely geared more toward the type of professional content people like to share, and include ‘celebrate,’ ‘insightful,’ and ‘curious.’

What seems like a minor update for Twitter could actually cause a huge change in user behavior. We’re talking about the ability to add media to a Retweet. Before, the most you could do to a Retweets was add text—now, photos, gifs, and other videos can be included. Seems minor, right? But ultimately, it’ll lead to an increase in the amount of media shared on Twitter—and even more engagements.

Our favorite blue bird has also tweaked its private messaging layout. Another seemingly minor change, the update now pre-populates the top 3 users or groups you’re likely to share tweets with, while still keeping the former layout as a “See More” option. Sharing tweets is a significant component of on-app engagement, so making it easier to share awesome content should result in higher levels of interaction. However, we feel this new layout actually makes sharing content more difficult.

Do you have any thoughts on all these social media updates? Are some of them a long time coming, or did they miss the mark? Let us know!